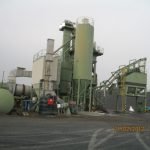 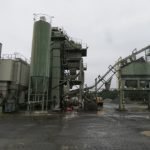 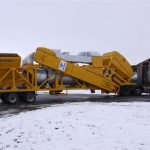 BSS international trading sold not one, but two concrete mixing plants at the beginning of the year. In January, a used Ammann with a capacity of 120 tonnes was transported to Romania, and, in February, a new (made in 2013), fully mobile Parker SRM 60 was transported to Iraq.